$10 Flat rate Shipping OR Free Shipping over $100 in AUSTRALIA

Moss and other plants contribute greatly to our health as they absorb and convert pollutants in our air. These clever plants and bryophytes are helping researchers identify contamination in our local areas and helping us feel better by protecting us from some classes of carcinogens.

As moss gets all of it’s nutrients from the air, not only does it absorb and eliminate odours, it is a great indicator for measuring pollutants too. The contaminants stored in tree moss for example has helped find pollution hot spots in cities all over Europe and the United States, helping researchers to identify serious contaminants that are triggering major health issues.

While moss is helping identify pollutants, plants are doing their part to eliminate them. You may have heard of The Clean Air Study led by Nasa and the ALCA in 1989 which suggested that certain common indoor plants provided a natural way of removing toxic agents such as benzene, formaldehyde and trichloroethylene from the air, helping neutralize the effects of SBS (Sick Building Syndrome, yes it’s a thing). Researchers suggest efficient air cleaning is accomplished with at least one plant per 100 square feet of home or office space. Other research has shown that even the micro-organisms in the soil of a potted plant can remove contaminants from the air.

Being indoors, working in confined and sometimes stuffy spaces for most people is unavoidable. By surrounding ourselves with plants we really are living how nature indented and helping combat some of the contaminants that lead to compromised health. 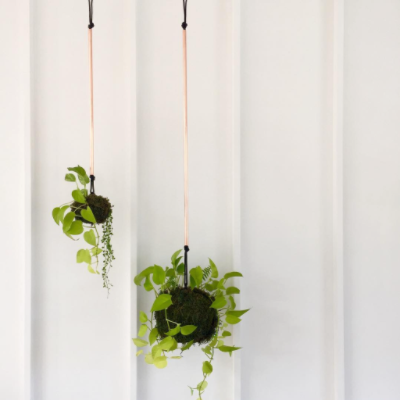